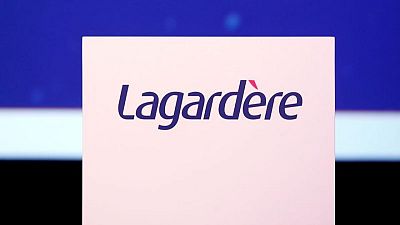 France’s richest man, known for running Louis Vuitton owner LVMH, came to Arnaud Lagardere’s aid last year with an investment to help fight off an activist and mop up his debts.

But that bet turned sour when another media tycoon, Vincent Bollore, took an interest and became top shareholder with 27% of the Lagardere conglomerate, which also operates in travel retail and publishing and owns influential newspapers.

Arnault’s Agache investment firm confirmed that it was exiting Lagardere’s personal holding company and instead raising its direct stake in Lagardere to 10%.

Shareholder agreements between Arnault and Arnaud Lagardere will be ended, Agache said in a statement late on Wednesday.

Shares in Lagardere fell slightly on Thursday, after plunging in previous days on speculation of a restructuring.

The shake-up diminishes the voting rights of Lagardere, who once held vast sway over the company founded by his late father through a partnership structure, giving him a strong buffer against takeovers. He now has an 11% stake.

Bollore is seen as a prime candidate for a Lagardere bid, although he can now also exercise influence with his stake.

The Qatar Investment Authority (QIA), meanwhile, holds 11.5% of the company, while Amber Capital, which campaigned for a governance overhaul, has 18.5%.

Arnault, who built up LVMH through acquisitions, has been unravelling some of his less successful side investments.

Agache on Tuesday exited its minority stake in Carrefour, the French supermarket group now reaping the fruits of a turnaround but whose shares lost value over Arnault’s 14 year investment.