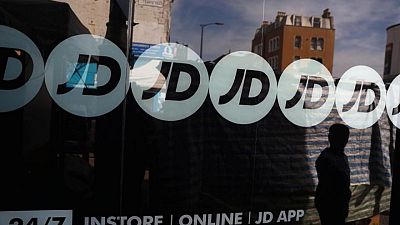 -Britain’s biggest sportswear retailer JD Sports may still have to sell Footasylum to address concerns about higher prices and fewer discounts for customers, Britain’s antitrust regulator said on Thursday after reassessing the deal.

The Competition and Markets Authority (CMA) launched an inquiry into the acquisition of Footasylum in 2019 shortly after it was completed and ordered JD Sports to sell it in May last year due to concerns about reduced competition.

However, JD Sports appealed and the Competition Appeal Tribunal found that the CMA had not gone far enough in considering the impact of COVID-19 on shopping habits, leading the CMA to reassess its initial decision.

Restrictions imposed to curb the pandemic have led brands such as Nike and Adidas to bet on the growth of their online businesses as shoppers turned to the internet with stores under lockdown.

“While Nike is already a strong competitor to JD Sports, and the CMA expects both Nike and Adidas to grow their retail business, these developments are still not enough to replace the very significant degree of competition between JD Sports and Footasylum,” the regulator said on Thursday.

The CMA said JD Sports was a close competitor to Footasylum and its survey showed that many Footasylum shoppers see JD Sports as their best alternative, with Nike the next in line.

The CMA‘s final report is due in October.

Shares in JD Sports, which has made several acquisitions in the past few years, hit a record high early in the session and were up 0.8% at 0820 GMT.

JD Sports, which sells brands such as Nike, Adidas and Puma in its physical and online stores, has argued that the pandemic has intensified competition with the global brands as they expand their direct-to-consumer businesses.

“We have made compelling submissions on the committed positioning of the global brands towards direct-to-consumer and the consequent impact on an extremely competitive marketplace,” JD Sports Chairman Peter Cowgill said.

“I am perplexed and again disappointed that these have been rejected … I urge the CMA to reconsider its position before making its final determination,” he said.