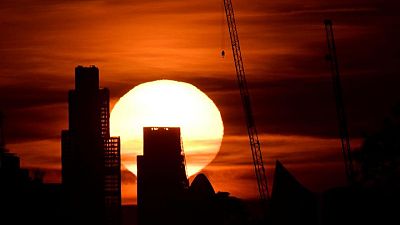 LONDON – Britain’s financial sector has called for a planned new global body for sustainability-related company disclosures to be based in London, after Canada backed a similar call with cash.

The International Sustainability Standards Board or ISSB is being set up by the IFRS Foundation in time for the COP26 UN climate change summit in Scotland in November.

The aim is to replace a patchwork of voluntary guidance with a single set of norms for firms reporting the impact of climate change on their business at a time when the volume of investment in companies that tout green credentials is rising.

The Foundation already oversees the International Accounting Standards Board based in London, and Michael Izza, CEO of accounting body ICAEW, said in a letter to the Foundation that arguments for basing the ISSB in the UK capital as well were “compelling”.

Time is of the essence in tackling climate change and it made practical sense to locate the body in London alongside the IASB to build on existing resources, Izza said in his letter.

“I appreciate of course that the possible location of the ISSB is a matter for discussion between the Trustees and interested national governments,” he said in the letter, also backed by the City of London Corporation, TheCityUK, the Investment Association, The 100 Group, and the largest accounting firms.

“A broad coalition of Canadian public and private institutions would provide a significant ‘Welcome Fund’ to fully support the initial period of the ISSB‘s operations,” Freeland said at the time.

“Consistent with the IFRS Foundation’s spirit of transparency and accountability, this financial support would be broad based with no controlling interest and sources fully disclosed,” she added.

Britain’s government has backed the creation of the ISSB.