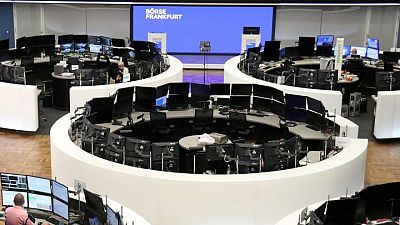 – European stocks fell on Tuesday as a spike in inflation caused jitters about a possible shift in monetary policy, but nevertheless rose nearly 2% in August on strong quarterly earnings and optimism over an economic recovery.

The pan-European STOXX 600 index closed 0.4% lower, but marked a seventh straight month of gains in its best monthly winning streak since 2013.

Technology was the best performing sector in August, up 6% on several strong earnings, while a rise in global COVID-19 cases also pushed investors into sectors most resilient to the pandemic.

Robert Holzmann, governor of Austria’s central bank, also sent some shivers through the market when he called on the ECB to start tapering bond purchases.

Concerns about tapering, along with some month-end selling, pulled European stocks away from near record highs.

Basic resources stocks were the worst performers in August, down 4.2% as wild swings in metal prices saw investors pull out of the sector, which has otherwise performed well through the year.

But strong earnings and a relatively high rate of vaccination have boosted European recovery hopes, while the U.S. Federal Reserve’s remarks last week reaffirmed views it was in no rush to tighten monetary policy.

“On the China side, it’s worth noting that it’s been priced in for a while. While the data is quite weak, the situation has evolved over the last couple of weeks,” Erlam said.

The country’s centre-left Social Democrats (SPD) extended their lead over Chancellor Angela Merkel’s conservatives, according to a latest poll published on Monday, just weeks ahead of a general election.

Analysts expect European stocks to hold around current record levels for the rest of 2021, supported by stellar earnings, while worries around U.S. monetary policy tightening, German elections and a Chinese regulatory crackdown will cap gains.

Among stocks, Dutch technology investor Prosus NV rose 6.4% after it said it had agreed to buy Indian payments platform BillDesk for $4.7 billion.