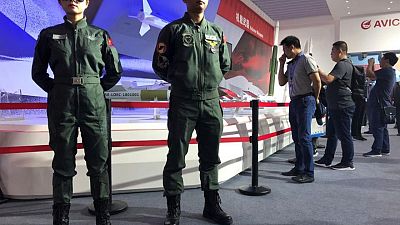 By Stella Qiu and Jamie Freed

BEIJING/SYDNEY – China’s biggest air show will put its homegrown civil and military aviation technology on display next month, the mayor of host city Zhuhai said on Tuesday, though the closely watched C919 narrowbody jet is not among the listed aerial exhibitions.

The biennial China International Aviation and Aerospace Exhibition from Sept. 28 to Oct. 3 had been scheduled to take place in the southern city of Zhuhai was postponed from its original date of last November because of the pandemic.

With few foreign attendees expected in person due to strict quarantine rules, the show will include a virtual component and local military and aerospace firms have ramped up their presence significantly, Zhuhai Mayor Huang Zhihao told a press conference.

On the military side, China’s air force will put on flying displays and the locally made Wing Loong II drone will make its show debut.

Boeing, which has been trying to get Chinese approval to return its 737 MAX to the skies after a two-year grounding will have a booth 11% larger than last time, Huang said, according to the official transcript of the press conference.

China has been working to produce more competitive aerospace products at a time of growing trade tensions with the West. The United States and Europe in June called a truce in a 17-year aircraft trade war so they can focus on challenging Chinese subsidies.

Commercial Aircraft Corp of China’s (COMAC) C919 is designed to compete against the 737 MAX and A320 families, with COMAC aiming for Chinese certification by the end of the year.

The C919, which was absent at the 2018 air show, is using LEAP-1C engines supplied by CFM, a joint venture between General Electric Co and France’s Safran SA. But COMAC hopes to eventually use an indigenous engine, the CJ1000 being developed by Aero Engine Corp of China (AECC).

A full-size CJ1000 model including nacelles will be displayed on the ground at the Zhuhai show, AECC Vice General Manager Chen Shaoyang said.