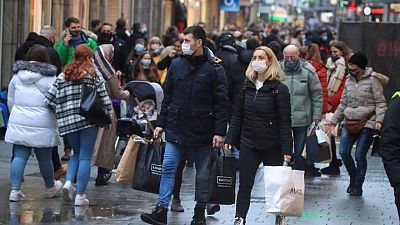 Agreed wages, including one-off payments, rose by 1.9% on average from April to June compared to the second quarter in the previous year, the Federal Statistics Office showed. Excluding extra payments, wages increased by 1.4% on the year.

That was well below the national consumer price inflation of 2.4% recorded over the same period.

“The latest data suggests that wages in Germany will not keep up with inflation in the course of this year,” said Sebastian Dullien of the IMK economic institute.

For 2021 as a whole, annual consumer price inflation is likely to reach between 2.5% and 3% whereas agreed wages are seen rising by roughly 2% on the year, Dullien added.

Taken alone, a decline in wages adjusted for purchasing power would put a dampener on private consumer demand.

However, this was partly offset in the second quarter by emerging growth in employment and a decline in short-time work.

“In the medium term, however, it would be good for consumer demand if wages rose a little more,” Dullien said.

The data also suggests that there are no signs yet of a wage-price spiral in Germany which is seen as a prerequisite for inflation to remain at an elevated level in the medium term.

The Statistics Office will release its latest inflation figures for August on Monday at 1200 GMT.

A Reuters poll of analysts expects EU-harmonized annual consumer price inflation to accelerate to 3.4% from 3.1% in the previous month.