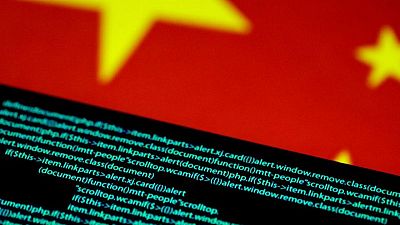 BEIJING – China is seeking to tighten oversight of the algorithms technology companies use to drive their business, issuing far-reaching draft rules in Beijing’s latest move to crackdown on its internet sector.

The Cyberspace Administration of China said in a statement https://mp.weixin.qq.com/s/XdQVqqjJdLRlL0p6jlbwsQ on Friday that companies must abide by business ethics and principles of fairness and should not set up algorithm models that entice users to spend large amounts of money or spend money in a way that may disrupt public order.

The guidelines include a proposal that users be given the option to easily turn off algorithm recommendation services, giving consumers a greater say over an area of the internet that has also been the target of authorities in the United States and Europe.

“As far as I’m concerned, this policy marks the moment that China’s tech regulation is not simply keeping pace with data regulations in the European Union but has gone beyond them,” said Kendra Schaefer, head of tech policy research at Beijing-based consultancy Trivium China.

The move will directly impact some of China’s biggest tech companies with shares in e-commerce giant Alibaba Group falling as much as 5.2% in Hong Kong. The company was not immediately available to comment.

Algorithims are used in a whole suite of technologies – from facial recognition tools to social media platforms — and tech companies have come under fire globally for failing to protect users’ privacy and for allowing the spread of disinformation.

In China, state media have accused companies of using them to pressure people into purchases and promotions.

The White House has called on tech companies to tweak their algorithms to root out false information and has singled out Facebook, while the European Union has drafted rules that threaten fines on big tech firms if they do not do more to tackle illegal content.

Under the draft guidelines, which are open for public consultation until Sept. 26, Chinese authorities will be able to inspect algorithms and request rectifications should they find problems, the CAC added.