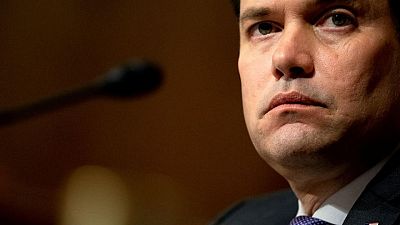 WASHINGTON – U.S. Senator Marco Rubio on Thursday released a statement “demanding answers” from the Biden Administration about a Reuters report the U.S. has approved license applications worth hundreds of millions of dollars for China’s Huawei to buy chips for its growing auto business.

Huawei, the world’s largest telecommunications equipment maker, has been hobbled by trade restrictions https://www.reuters.com/world/china/exclusive-trump-admin-slams-chinas-huawei-halting-shipments-intel-others-sources-2021-01-17 imposed by the Trump administration on the sale of chips and other components used in its network gear and smartphones businesses.

But in recent weeks and months, people familiar with the application process told Reuters https://www.reuters.com/business/autos-transportation/exclusive-us-approves-licenses-huawei-buy-auto-chips-sources-2021-08-25 the U.S. has granted licenses authorizing suppliers to sell chips to Huawei for such vehicle components as video screens and sensors. The approvals come as Huawei pivots its business toward items that are less susceptible to U.S. trade bans.

“The Biden Administration cannot be allowed to hide this approval from the public,” Rubio said. “Officials need to come forward with what actions they took and why. It is not in America’s economic or security interests to help Huawei. Instead of granting waivers, the Biden Administration should be increasing penalties and restrictions on Huawei and other Chinese tech companies.”

The Biden administration, through the Commerce Department’s Bureau of Industry and Security, has been reinforcing the hard line https://www.reuters.com/technology/biden-administration-adds-new-limits-huaweis-suppliers-2021-03-11 on exports to Huawei, denying licenses to sell chips to Huawei for use in or with 5g devices.

The Commerce Department did not immediately respond to a request for comment but earlier said it “continues to work with our interagency partners to apply consistently the licensing policies articulated in the Export Administrations Regulations (EAR) to restrict Huawei’s access to commodities, software or technology for activities that could harm U.S. national security and foreign policy interests.”

Rubio was not alone in his criticism. Senator Tom Cotton criticized the approvals, as did the top Republicans on the House Foreign Affairs Committee and the House Armed Services Committee.

“The Bureau of Industry and Security’s mission is to protect national security and regulate industry — not be its advocate through a permissive licensing regime,” said the Foreign Affairs committee ranking member Michael McCaul.

The lead Republican on the Armed Services committee, Mike Rogers, urged the administration “to immediately reverse this decision before further harm is done to U.S. national security.”