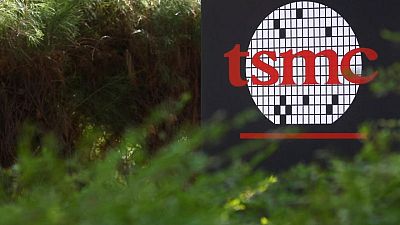 – An Arizona economic development group on Tuesday said it had made a deal with Taiwanese economic development officials aimed at making the U.S. state more attractive to Taiwan’s semiconductor industry as the world’s biggest chipmaker eyes a $12 billion plant in Phoenix.

The Taiwan-USA Industrial Cooperation Promotion Office, which is supported by Taiwan’s Ministry of Economic Affairs, signed an agreement with economic development officials in the greater Phoenix area to find ways to bring more of Taiwan’s vast semiconductor industry to the metro area.

The move comes as Taiwan Semiconductor Manufacturing Co, the world’s largest chip company and a maker of semiconductors for Apple Inc and many others, has said it wants to build a plant in Phoenix.

The Phoenix city council gave city officials the go-ahead https://www.reuters.com/article/us-tsmc-arizona-idUKKBN27Y30E to negotiate with the chipmaker in November, but the details of the deal – including any potential tax breaks – have not been released. Reuters reported in May https://www.reuters.com/article/us-tsmc-arizona-exclusive-idCAKBN2CV0JC the TSMC might build as many as six plants in the area, some of which could use its most advanced technology.

The Phoenix area is already home to a major Intel Corp chip factory, and NXP Semiconductors and ON Semiconductor Corp also have factories and offices there.

Chris Camacho, chief executive of the Greater Phoenix Economic Council that signed the agreement Tuesday, said his group is working to co-locate as many TSMC suppliers and other associated companies to the area as possible. He said about 40 companies are currently evaluating Arizona for possible investment, but declined to name them due to confidentiality agreements.

Camacho said his group is working with schools and local governments in the region to try to ease the relocation process for Taiwanese families who move to the area.

“We’re unapologetically pursuing becoming the top global destination for semiconductors and the semiconductor supply chain,” he said in an interview.