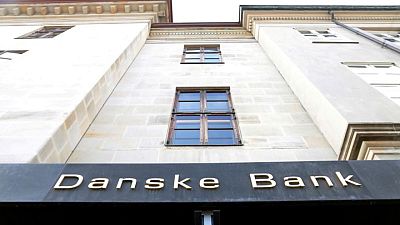 NEWYORK -Danske Bank A/S and former top executives on Wednesday defeated an appeal in New York by shareholders claiming they were defrauded because the Danish bank allowed widespread money laundering at its former Estonian branch.

The lawsuit began after Danske said in September 2018 that an internal probe had uncovered about 200 billion euros ($235 billion) of suspicious transactions through its Estonian branch from 2007 to 2015.

But the 2nd U.S. Circuit Court of Appeals concluded that “money-laundering at a single branch in Estonia cannot alone establish that Danske Bank itself carried out a deceptive scheme to defraud investors.”

Their lawyers did not immediately respond to requests for comment.

Authorities in several countries began investigating the suspicious payments made through Danske’s Estonian branch, and Estonia ordered Danske to exit the country.

The bank has also faced litigation in Denmark, including a lawsuit by the U.S. government and the Federal Retirement Thrift Investment Board in the Copenhagen city court.

Danske spokesman Stefan Singh Kailay said the bank was pleased with Wednesday’s decision, and will continue defending against civil shareholder claims in Denmark.