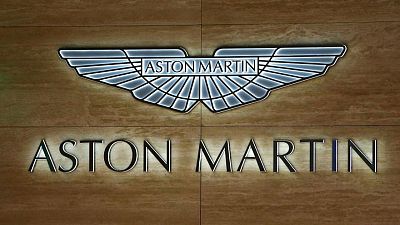 By Radhika Anilkumar and Kanishka Singh

-Germany’s markets watchdog BaFin said on Tuesday it found no evidence to pursue an insider trading investigation in the shares of carmaker Daimler, including the purchase of a stake in the UK’s Aston Martin by Mercedes’ Formula One boss.

BaFin looked into trading at Germany’s Daimler and passed information to counterparts at the UK’s Financial Conduct Authority (FCA) regarding trading in Aston Martin shares, with the FCA also finding no evidence to pursue a probe, the Financial Times newspaper reported earlier.

“I can confirm that BaFin looked into the transaction with regard to possible suspicions of insider trading (in Daimler securities), but did not find any clues,” the BaFin spokesperson said in an emailed statement.

Daimler said it had no comment. FCA and Aston Martin did not immediately respond to a request for comment outside regular working hours.

Toto Wolff, Mercedes’ Formula One boss, who owns about a third of the Mercedes team, purchased shares in luxury carmaker Aston Martin in April last year.

Wolff bought a 0.95% stake in Aston Martin from a vehicle controlled by Lawrence Stroll, the UK carmaker’s executive chair, according to the FT.

In the following month, Aston Martin appointed Tobias Moers, the former head of Mercedes’ AMG business, as its CEO. In October, Daimler said it would raise its stake in Aston Martin to 20% by 2023.

Mercedes F1 said Wolff had not been aware of either plan when he acquired the shares and that “all relevant disclosures were made to the UK financial authorities at the appropriate time”, according to the FT. Wolff did not acquire or trade any Daimler shares or securities last year, the newspaper added.