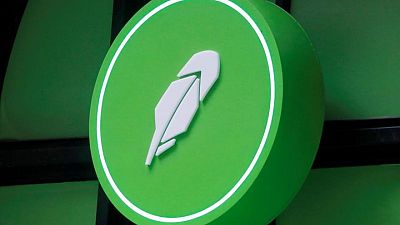 – Wall Street analysts on Monday took a largely upbeat view on Robinhood Markets Inc in their first ratings on the stock as they bet on the online brokerage’s ability to boost its user base, days after it warned of easing retail trading frenzy.

At least six brokerages that participated in Robinhood’s IPO started coverage after the quiet period following the stock’s market debut expired. Three of them rated it “buy” or its equivalent and another two recommended a “hold” rating.

J.P.Morgan Securities was the lone bearish voice with an “underweight” rating, citing several risks, including regulation, pricing, and market saturation.

To be sure, all analysts have raised doubts about the near-term uncertainty about how sustainable the frantic levels of retail trading that fueled its second-quarter growth would be.

But they were largely upbeat when it came to the company’s long-term growth prospects. “We believe HOOD is well-positioned to continue to see best-in-class user growth, leveraging its innovative referral program and strong word-of-mouth customer acquisition,” Goldman Sachs analysts said in a note, rating the stock “neutral”.

Robinhood’s shares were up 2.25% at $43.64, compared with the median price target of $55, according to Refinitiv Eikon data.

“We expect HOOD will be a continued beneficiary of its strong brand recognition among younger investors, built through an effective, incentive-driven client acquisition model,” Piper Sandler said, starting coverage with a “neutral” rating.

Robinhood’s trading app emerged as the gateway for investors seeking to get in on this year’s mania for so-called meme stocks, but in its first earnings report as a public company last week it said it expects retail traders to become less active in the third quarter.

“We view Robinhood not as a meme stock phenomenon, but as a singularity that captures Generation Z’s zeitgeist,” Mizuho analysts said, giving a “buy” rating.