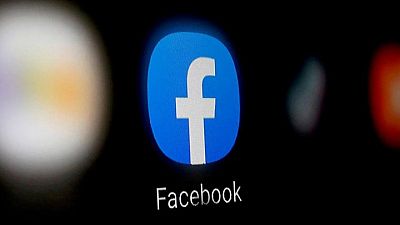 By Diane Bartz and Nandita Bose

WASHINGTON – The U.S. Federal Trade Commission refreshed its antitrust case against Facebook Inc on Thursday, adding more detail on the accusation the social media company crushed or bought rivals and once again asking a judge to force the social media giant to sell Instagram and WhatsApp.

At 80 pages, the new complaint is significantly longer than the original one and includes additional data intended to support the FTC‘s contention that Facebook is a monopolist. An expanded portion of the complaint argues that Facebook dominates the U.S. personal social networking market with more than 65% of monthly active users since 2012.

The FTC voted 3-2 along party lines to file the amended lawsuit and denied Facebook’s request that agency head Lina Khan be recused. Khan participated in filing the new complaint.

The FTC accused Facebook of an “illegal buy or bury scheme to crush competition” in the headline of the press release on its complaint https://www.ftc.gov/news-events/press-releases/2021/08/ftc-alleges-facebook-resorted-illegal-buy-or-bury-scheme-crush.

Facebook said it would continue to fight the lawsuit.

“It is unfortunate that despite the court’s dismissal of the complaint and conclusion that it lacked the basis for a claim, the FTC has chosen to continue this meritless lawsuit,” a company spokesman said. “Our acquisitions of Instagram and WhatsApp were reviewed and cleared many years ago, and our platform policies were lawful.”

The FTC‘s high-profile case against Facebook represents one of the most significant challenges the agency has brought against a tech company in decades, and is being closely watched as Washington aims to tackle Big Tech’s extensive market power.

“Despite causing significant customer dissatisfaction, Facebook has enjoyed enormous profits for an extended period of time suggesting both that it has monopoly power and that its personal social networking rivals are not able to overcome entry barriers and challenge its dominance,” the amended complaint said.

In an effort to show Facebook’s dominance in personal social networking, the FTC‘s complaint differentiated it from short video app TikTok and sites like Twitter, Reddit and Pinterest, which it said are not focused on connecting friends and family.

The amended complaint comes after Judge James Boasberg of the U.S. District Court for the District of Columbia said in June that the FTC‘s original complaint filed in December failed to provide evidence that Facebook had monopoly power in the social-networking market.

Beginning in 2007, Facebook invited apps to its platform to make it more attractive but realized that some could develop into competitors, and slammed the door in 2013 to any app that could become a rival but reversed itself in 2018 under pressure in Europe, the complaint said.

“Having suspended its anticompetitive platform policies in response to anticipated public scrutiny, Facebook is likely to reinstitute such policies if such scrutiny passes,” the complaint said.

John Newman, who teaches at the University of Miami School of Law, said the complaint clearly responds to Judge Boasberg’s concerns about the first version. “There aren’t huge new bombshells in here.”

A second antitrust expert said he believed the court would have a hard time ordering the sale of Instagram or WhatsApp because they were purchased years ago.

“It is a better complaint because it states with much more specificity that Facebook has dominance in social networking,” added Seth Bloom of Bloom Strategic Counsel.

U.S. Senator Amy Klobuchar, the chair of the Senate Judiciary Committee’s antitrust panel, said she was pleased to see the FTC hold Facebook accountable for a “long history of anticompetitive behavior.”

Alex Harman of consumer rights group Public Citizen said, in a reference to the FTC‘s new chair, Khan, that the refiling of the case “should be a message to Facebook and other monopolists that there is a new sheriff in town and the party is over.”