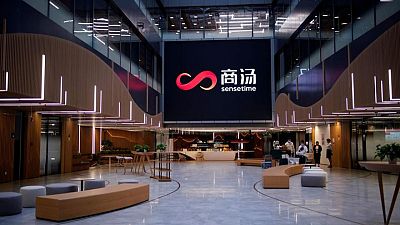 By Kane Wu and Julie Zhu

HONGKONG – Chinese artificial intelligence startup SenseTime is planning to file for an up to $2 billion initial public offering (IPO) in Hong Kong as soon as the end of this month, three people with direct knowledge of the deal told Reuters.

The company, which Washington put on a trade blacklist in October 2019, has hired Chinese investment banks CICC and Haitong International, as well as HSBC, to work on the float, the people said.

Reuters reported last year that SenseTime was considering an IPO https://www.reuters.com/article/us-sensetime-ipo-exclusive-idUSKCN24W1JN on China’s tech-focused STAR market in Shanghai after raising $1.5 billion in a private funding round that valued the company at $10 billion.

The company, however, is pushing forward with its Hong Kong listing as the plan to debut on the STAR has been progressing slowly because of a slowdown of approvals for domestic listings after the cancellation of Ant Group’s mega IPO, said two of the people.

Chinese regulators have tightened their scrutiny of domestic IPO candidates after Ant Group’s offering was halted in November, days before it was due to start trading, because of financial risk concerns.

The sources declined to be named as the information about SenseTime’s IPO plans are confidential.

HSBC and SenseTime declined to comment on the IPO. The other two banks did not respond to requests for comment.

The company was among eight Chinese tech companies placed on the U.S. Entity List https://www.reuters.com/article/us-usa-trade-china-exclusive-idUSKBN1WM25M in 2019 amid trade tensions between Beijing and Washington. The U.S. alleges the companies played a role in human rights abuses against Muslim minority groups in China.

SenseTime said at the time that it strongly opposed the U.S. ban and would work with relevant authorities to resolve the situation. On Thursday, the company declined to comment on the ban.

The company plans to eventually list on the STAR after its Hong Kong debut, said two of the sources.

Its Chinese peer Megvii Technology has shifted to the STAR for an IPO of nearly $1 billion, according to a filing with the Shanghai Stock Exchange in March, after its planned Hong Kong listing plan lapsed in February 2020.

The company plans to target Chinese and other non-U.S. investors for the upcoming float, said one of the sources.

It would be challenging for U.S. banks and investors to participate in SenseTime’s IPO because of sensitivity around the U.S. ban, separate people familiar with the situation said.