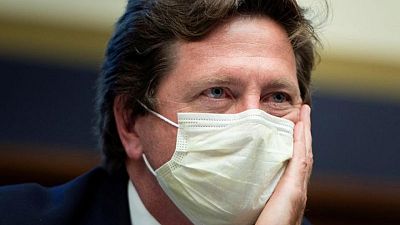 – Fireblocks, a platform that allows banks and other financial institutions to store, move and issue cryptocurrencies, on Thursday appointed Jay Clayton, former U.S. Securities and Exchange Commission chair, to its advisory board.

Clayton, who also serves as non-executive chair of Apollo Global Management Inc’s board, joins Fireblocks at a time when the financial sector, particularly the banking industry, has been adopting blockchain technology at a fast pace.

As SEC chairman from May 2017 to December 2020, Clayton pursued changes to regulations seen as burdensome or hindering corporate growth, often in the face of opposition from investor advocates. Prior to joining SEC, he was a corporate deals lawyer at Sullivan & Cromwell.

While at the SEC, Clayton also led a crackdown on cryptocurrencies, repeatedly expressing concerns over the digital assets and “initial coin offerings.”

“I’ve long said that the new technology should not cause us to change the fundamental protections in our securities markets,” Clayton said.

Cryptocurrency startup Solidus Labs in July hired the former director of the U.S. Consumer Financial Protection Bureau as its top regulatory official, while former bank regulator Brian Brooks was appointed Binance’s U.S. CEO in May, but he stepped down earlier this month.