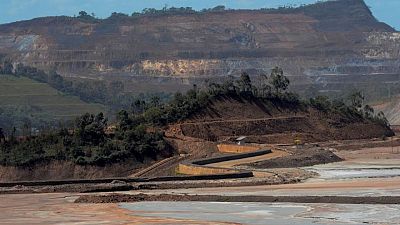 By Carolina Mandl and Marta Nogueira

Samarco filed for bankruptcy protection in April as it struggled to restructure its debt, which it stopped servicing after a dam burst at a mine in 2015, killing 19 people, releasing a giant torrent of sludge and halting production.

Prosecutors consider Samarco’s co-owners to be responsible for the disaster and are seeking a restraining order that would oblige them to cover its debt, according to the document.

The prosecutors said both controlling shareholders used Samarco to obtain immediate gains amid an iron-ore price boom, which they say precipitated the dam’s collapse.

“They chose to put at risk the lives of people who lived and worked there, as well as the environment, causing tragic consequences and incalculable damages,” they wrote.

Vale said in a securities filing it was surprised by the prosecutors’ request.

“The request attacks the clear letter of the agreements signed between the parties, to which the MPMG (prosecutors from Minas Gerais state) is a signatory, in addition to threatening the ongoing discussions and efforts to renegotiate the reparation measures for damage resulting from the Fundão dam collapse,” the company said.

BHP said in a statement the bankruptcy protection request was the best solution it found to allow Samarco to recover financially.