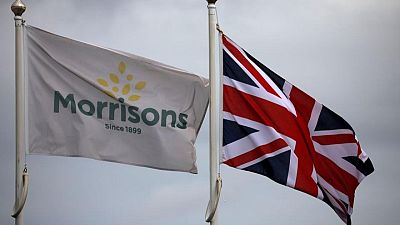 Morrisons, which started out as an egg and butter merchant in 1899, said CD&R’s offer is worth 285 pence a share, trumping a 272 pence a share offer, worth 6.7 billion pounds, from the consortium led by Softbank-owned Fortress.

CD&R’s offer gives the supermarket chain an enterprise value of 9.7 billion pounds once debt is included. Morrisons’ board intends to recommend it unanimously.

The battle for Britain’s fourth-largest grocer after Tesco, Sainsbury’s and Asda, is the most high-profile looming takeover amid a raft of bids and counter bids, reflecting private equity’s appetite for UK Plc.

CD&R, which has former Tesco boss Terry Leahy as a senior adviser, had a 5.52 billion pounds proposal rejected by Morrisons on June 17.

Morrisons subsequently recommended a bid from Fortress worth 6.3 billion pounds, which was then raised after major shareholders, including Silchester, M&G and Hambro, indicated they wanted more.

CD&R has committed to retain Morrisons’ existing management team led by CEO David Potts, and execute its strategy. It said material store sale and leaseback transactions are not planned.

“The Morrisons board believes that the offer from CD&R represents good value for shareholders while at the same time protecting the fundamental character of Morrisons for all stakeholders,” said Chairman Andrew Higginson.

Leahy said: “CD&R is delighted to have the opportunity to support the management of Morrisons in executing their strategy to grow and develop the business.”

However, the forecourt overlap will likely face scrutiny from Britain’s competition regulator.

Morrisons shareholders will vote on CD&R’s offer at meetings expected around the week starting Oct. 4.

Under British takeover rules, Fortress could still come back with a higher offer.

Fortress said it was “considering its options” and urged shareholders to take no action.

Analysts have speculated that Amazon, which has a partnership deal with Morrisons, could still enter the fray, though most believe if it was interested it would have done so by now.