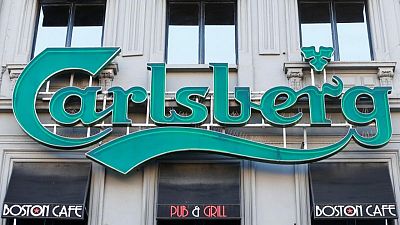 It registered 2% organic growth in overall beer volumes in the first six months of the year compared with the same period in 2019.

Sales in Western Europe were driven by hot weather in June, combined with the European soccer championship and the reopening of bars and restaurants after coronavirus lockdowns.

“Western European markets are reopening, but a reverse trend is going on in Asia, particularly in Vietnam, Laos and Malaysia,” Chief Executive Cees ‘t Hart said on a conference call.

He also warned that while Carlsberg has hedged against rising commodity prices until the end of the year, “significantly higher” costs would hit the company next year, driven by rising prices for aluminium, barley, paper and oil.

Rival Heineken also beat expectations for first-half beer sales when it reported earnings this month but warned of rising costs and the impact of the COVID-19 pandemic on Asian markets.

Carlsberg said it now expects operating profit to grow by between 8% and 11% this year, up from its previous guidance of 5-10% growth.

Shares in Carlsberg have risen 17% since the beginning of the year and were trading 2.5% up at 0754 GMT.

Sales between April and June rose 17% to 18.69 billion Danish crowns ($2.94 billion), compared with a 17.97 billion crown forecast in a company-compiled poll of analysts.