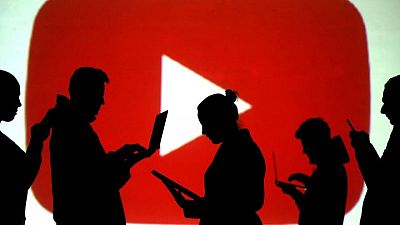 -Alphabet Inc’s YouTube said on Tuesday it has a long held policy of not allowing accounts believed to be operated by the Taliban on its site, as social media companies faced questions about how they would handle the group that fast gained control of Afghanistan.

The Taliban’s return to power for the first time in 20 years has raised fears of a crackdown on freedom of speech and human rights, especially women’s rights, and concerns that the country could again become a hotspot for global terrorism.

Separately, the Financial Times reported that Facebook Inc’s WhatsApp messaging service has shut down a complaints helpline for Afghans to contact the Taliban, set up by the group after it took control of Kabul on Sunday.(https://on.ft.com/3yXNI0e)

A WhatsApp spokesperson declined to comment on the action, but said the service was obligated by U.S. sanctions laws to ban accounts that appear to represent themselves as official accounts of the Taliban.

The complaints number that was an emergency hotline for civilians to report violence, looting or other problems was blocked by Facebook on Tuesday, along with other official Taliban channels, the report said.

Facebook had on Monday said it designates the Taliban a terrorist group and bans it and content supporting it from its platforms.

A Taliban spokesman accused Facebook of censorship at a news conference on Tuesday, according to a translation of his remarks in a video clip.

YouTube, when asked if it banned the Taliban on Monday, declined to comment. But it said on Tuesday that its prohibition of the group was a long-standing approach.

The Taliban’s rapid takeover of Afghanistan poses challenges for multiple major social media and messaging platforms on what and who should be allowed on their platforms.

Asked if it would allow the Taliban to operate official Afghan government Facebook pages or accounts, Facebook pointed to a statement in which it said it respects the authority of the international community in making determinations on recognized governments.

Twitter Inc, which is reviewing its rules for world leaders on the platform, did not immediately respond to a request for comment on the same question.

Taliban spokesmen with hundreds of thousands of followers have tweeted updates during the country’s takeover. A Twitter spokesperson said in a statement that the network would review content that may violate its rules, specifically against the glorification of violence or platform manipulation, but did not answer questions on whether it has any particular restrictions on the Taliban as a group or how it classifies violent organizations.