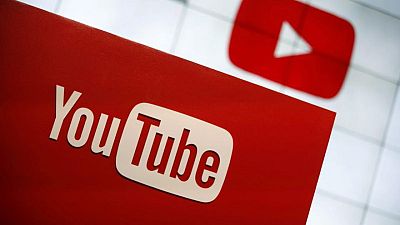 MOSCOW – Tsargrad TV, a news channel owned by a sanctioned Russian businessman, said it had abandoned talks with Google to have its YouTube account unblocked and on Monday accused the U.S. group of dragging its feet in negotiations.

Google is the subject of a Moscow court order obliging it to unblock the YouTube account of Tsargrad TV, a Christian Orthodox channel owned by Konstantin Malofeev, who is under U.S. and EU financial sanctions, but in May it appealed the ruling.

The appeal hearing was due to take place on Monday but has now been postponed to Sept. 20, both parties to the case said. Tsargrad TV said the postponement was to give the court more time to familiarise itself with new documents brought by Google.

The dispute with YouTube is one of a number of cases in which U.S. tech and social media giants have drawn the ire of the Russian state. Russia has fined Google and others over failing to delete content it deems illegal, as well as other offences, including failing to localise user data.

Tsargrad TV on Monday said Google’s lawyers were not engaging with constructive conversation. “There was a feeling that Google was deliberately prolonging any negotiation process and dragging its feet,” it said in a statement.

In response to a request for comment, Google (part of Alphabet Inc), said only that the hearing had been postponed until Sept. 20.

Tsargrad TV said YouTube had blocked its account in July 2020 without providing a reason. Google said at the time it has a policy of suspending accounts found to violate sanctions or trade restriction rules.

In April, the Moscow Arbitration Court said Google must restore Tsargrad’s account or face a daily 100,000 rouble ($1,363) fine, which would double each week that Google failed to comply. Those fines have not yet been levied pending the outcome of the appeal.

Malofeev was placed under U.S. and EU sanctions in 2014 over accusations that he funded pro-Moscow separatists fighting in Ukraine, which he denies. Russia considers such Western sanctions illegal.