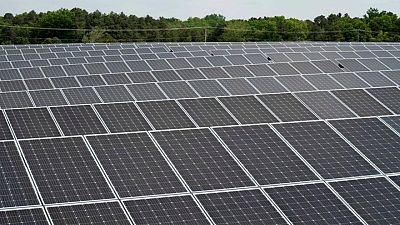 Investors are rushing to form these companies, known as Special Purpose Acquisition Companies (SPACs), as capital shifts from traditional oil and gas investments to low-carbon alternatives. SPACs have been most active in the technology and healthcare industries, but the alternative energy space is heating up.

More than 412 SPAC IPOs raising $121 billion have taken place so far in 2021, up from 247 raising $83 billion total last year, said Jay Ritter, a professor at the University of Florida specializing in IPOs.

Healthcare, financial technology and autonomous vehicles continue to be heavily represented, but alternative energy is gaining traction, the data shows.

“I would expect there would be more energy-related SPAC mergers,” Ritter said.

According to Reuters interviews with eight advisors, at least 10 companies are looking to launch additional renewable SPACs, beyond the 20 that have already publicly filed.

By contrast, only about three exploration and production SPACs are currently publicly filed with the SEC and none have launched in about 18 months, a sharp contrast with 2016 when oil prices crashed, and investors used SPACs to buy companies in a turnaround bet.

SPACs are publicly traded vehicles that raise capital with the explicit purpose of acquiring a private existing business and taking it public, sidestepping the traditional initial public offering (IPO) process.

Many of the renewable SPACs that are currently publicly filed with the SEC have raised about $250 million or more. They are looking to buy privately-held companies that produce batteries for renewable energy storage, hydrogen storage solutions, carbon storage, and even some drilling for natural gas, a lower-carbon fossil fuel, according to SEC documents reviewed by Reuters.

For example, Peridot Acquisition Corp, a renewable SPAC, closed on its acquisition of Li-Cycle, a lithium-ion battery recycler, on Aug. 10. Peridot has formed a second SPAC aimed at acquiring additional renewable companies.

Other SPACs, such as GoGreen Investments Corp, are nearing deals with targets, the advisors said, speaking on a condition of anonymity as the talks are not public.

Alternative energy SPACs that have publicly formed have come together under increasing pressure from investors who want to shift into renewables.

“Their limited partners are telling them that they don’t want them to look into traditional energy,” said Mike Blankenship, a partner in the Houston office of law firm Winston & Strawn. “They are creating SPACs to get a percentage of these companies and then a board seat in these companies.”

John Dowd, a former top energy portfolio manager for Fidelity, serves as chief executive for GoGreen Investment, a proposed $250 million SPAC that filed its S-1 this summer, with plans to target a wide variety of “energy transition” companies from hydrogen storage to software solutions.

Leadership and boards of the new renewable SPACs often include executives, bankers and portfolio managers who previously specialized in oil, gas and conventional utilities, according to SEC filings.

However, few privately-held renewable companies are large enough to be ideal targets for SPACs, said Blankenship. Generally, companies need to be valued at over $1 billion to attract attention for a $250 million SPAC, Ritter said.

Because the industry is changing so rapidly, there are many start-ups that are not obvious targets, Blankenship said.