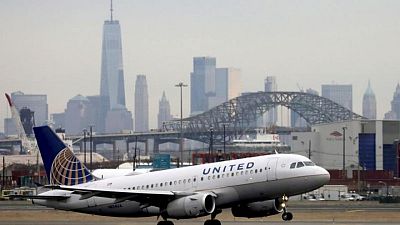 -Afghanistan’s aviation authority said on Monday that national airspace had been released to the military following the Taliban’s takeover and advised transit planes to keep away, hastening major airlines’ switch to other routes.

For now, as the militants embed themselves elsewhere, U.S. forces have taken over air traffic control at Kabul airport, where five died on Monday in chaotic scenes https://www.reuters.com/world/asia-pacific/talibans-rapid-advance-across-afghanistan-2021-08-10 with reports of firing in the air and a stampede.

Lufthansa said flight times to India and some other destinations will be extended by up to one hour, in a move that will add to fuel costs.

In a notice to airmen on its website, the Afghanistan Civil Aviation Authority (ACAA) said any transit through Kabul airspace – which covers all Afghanistan – would be uncontrolled.

“Kabul airspace has been released to the military. Advise transit aircraft to reroute,” the notice said, without specifying precisely which military given the collapse of local security forces in the face of the Taliban offensive.

“Any transit through Kabul airspace will be uncontrolled. Surrounding FIRs (air traffic control regions) have been advised.”

Some flights turned around right after the announcement. Flight tracking website FlightRadar24 showed an Air India flight from Chicago to Delhi changed course and exited Afghanistan’s airspace shortly after entering, while a Terra Avia flight from Baku to Delhi did the same.

The Air India flight later diverted to Sharjah in the United Arab Emirates for more fuel, FlightRadar24 said. Air India did not respond immediately to a request for comment.

Airlines and governments have paid more attention to the risks of flying over airspace in volatile zones in recent years after two deadly incidents involving surface-to-air missiles.

A Malaysia Airlines plane was shot down over eastern Ukraine in 2014, killing all 298 people on board, and a Ukraine International Airlines jet was downed by Iran’s military in 2020, killing all 176 passengers and crew.

It said flights operating below 26,000 feet were prohibited in the Kabul Flight Information Region, which largely covers Afghanistan, unless operating in and out of Hamid Karzai International Airport, citing the risk “posed by extremist/militant activity.”

That did not apply to U.S. military operations.

Other countries, including Canada, Britain, Germany and France, had also advised airlines to maintain an altitude of at least 25,000 feet over Afghanistan, according to website Safe Airspace.

Commercial flights have also been affected: Emirates suspended flights to Kabul and Turkish Airlines cancelled scheduled flights to and from Afghanistan.

The ACAA said the civilian side of Kabul airport was closed until further notice.