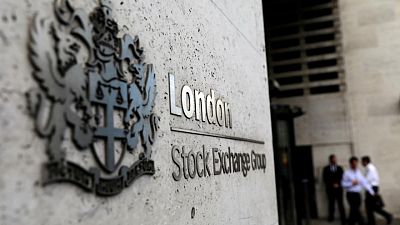 -London’s FTSE 100 recorded its longest weekly winning streak since November on Friday, although investors fret that an overheating economy could lead the central bank to pull back asset purchases earlier than expected.

Babcock jumped 6.4% to the top of the mid-cap index after it agreed to sell its consultancy unit Frazer-Nash for 293 million pounds ($404.5 million) in cash.

“All eyes are going to be on the Jackson Hole events in a couple of weeks time and on the central bank in the U.S. to see what are the plans regarding to the tapering,” said Craig Erlam, senior market analyst at Oanda.

“The markets have accepted that it’s coming at this point and we trust the policymakers now from almost across the spectrum who have alluded to the fact, later this year was appropriate. So it’s just a case of when and how fast at this point.”

Robust earnings and strong gains in retail stocks on the back of a weaker pound and re-opening trades have helped the FTSE 100 rise 1.3% this week.

However, fears that rising costs could lead central banks to pull back some support have seen the index underperform its mid-cap and European peers.

Insurance, retail and travel stocks were among the top gaining sectors this week, rising between 2.4% and 4.3%.

Miner BHP Group gained 1.5% on Friday as expectations grew that it would deliver a verdict on the future of its petroleum business at its results next week.

Technology company Avon Protection slumped nearly 28% and was set for its worst day on record on disappointing trading updates, with analysts at Jefferies pointing towards delayed contract awards and supply chain disruptions.