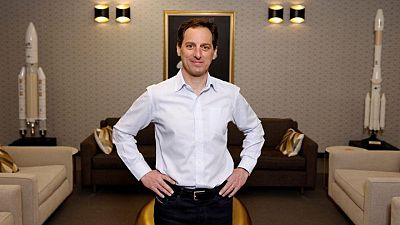 By Eva Mathews and Steve Scherer

OTTAWA -Telesat took a major step toward financing its low earth orbit (LEO) satellite constellation that aims to provide high-speed broadband after Canada on Thursday said it would invest C$1.44 billion ($1.2 billion) in the project.

Canada said it will loan Telesat, an Ottawa-based satellite communications firm, C$790 million, while purchasing C$650 million in preferred stock in the LEO unit, called Telesat Lightspeed. Canada will also receive warrants that can be exchanged for common shares in Telesat.

“We have dramatically moved the ball forward with this and expect to be fully financed in the near term,” Telesat Chief Executive Officer Dan Goldberg said in a telephone interview. “We are nearly there.”

Telesat has said it needs $5 billion (C$6.3 billion) to launch its satellite network. The latest investment means it has about C$4 billion. That includes about C$1.7 billion of its own cash and a C$400 million investment from Quebec.

The remaining financing is under negotiation with the French and Canadian export credit agencies, BPI and EDC respectively, and Goldberg said he hopes to wrap those talks soon. Telesat aims to have the satellite network working globally in 2024.

The promised investment comes just three days before Liberal Prime Minister Justin Trudeau is expected to seek an early election https://www.reuters.com/world/americas/canada-pm-trudeau-is-planning-call-snap-election-sept-20-sources-2021-08-12. His government has promised to connect even remote Canadian households to high-speed Internet by 2030.

Telesat’s 298 LEO satellites will operate 36 times closer to earth than traditional ones, taking less time to send and receive information and leading to fibre-optic speed broadband even in Canada’s isolated far north.

“Every Canadian should have access to affordable high-speed Internet,” Innovation Minister Francois-Philippe Champagne said in a statement. “Today, we took a big step towards making that happen.”

The investment will underpin 700 jobs in Canada and Telesat committed to spending C$1.6 billion in operating expenses over the next 15 years.

Telesat is expected to become publicly traded on Nasdaq sometime this summer, and could also list on the Toronto exchange after that, Goldberg has said. Currently, Canada’s Public Sector Pension Investment Board and Loral Space & Communications Inc are the main shareholders.

Telesat is racing https://www.reuters.com/technology/canadas-telesat-takes-musk-bezos-space-race-provide-fast-broadband-2021-04-11 against rivals including billionaire Tesla Chief Executive Elon Musk, who is putting the so-called Starlink LEO into orbit with his company SpaceX.

Thales Alenia Space (TAS) has been tapped https://www.reuters.com/article/us-telesat-cnda-thales-satellite-idUSKBN2A91RL to build the satellites. TAS is a joint venture between Italy’s Leonardo and France’s Thales.