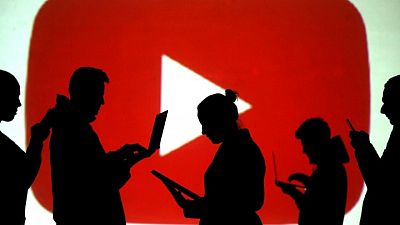 MILAN – Serie A is considering live-streaming some matches on YouTube in the Middle East and North Africa as Italy’s top-flight soccer league faces a stalemate over the sale of broadcasting rights in the region, two sources familiar with the matter said.

The league, home to Juventus, AC Milan and Inter, has been trying for months to break a deadlock over the sale of rights to screen its matches over the next three seasons across a market which includes territories such as Egypt, Morocco and the Gulf States.

But Qatari broadcaster beIn has been reluctant to join the tender process, while talks with media group Saudi Sports Co over a broadcasting deal have been fruitless, the sources said.

As an accord with a traditional broadcaster remains elusive ahead of the start of the season on Aug. 21, the Italian league is exploring a streaming deal with Google-owned video platform YouTube to avoid starting the season without coverage in the region.

Some preliminary contacts have taken place between Serie A and YouTube and it was up to Serie A to decide what to do to progress the matter, the sources said.

The sources did not give any further detail about the nature of any possible deal with YouTube but they said it would be a stop-gap rather than a source of income. “It would be a back-up solution”, one of the sources said.

Serie A club representatives are expected to discuss the option in a teleconference meeting on Aug. 13.

The Middle East and North Africa (MENA) region is the main TV international package still to be awarded by Serie A ahead of the season start.

Under the previous three-year cycle, Serie A collected 970 million euros ($1 billion) in adjusted revenue from the sale of international TV rights licenses.

So far the Italian league has secured contracts worth around 640 million euros for screening live matches abroad during the 2021-2024 period, according to data collected by Reuters.