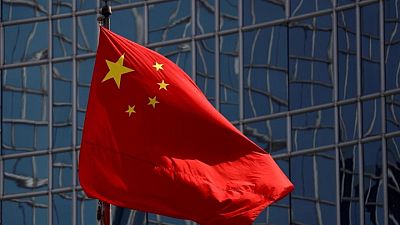 – China’s efforts to be seen as a responsible investor overseas are at risk from high rates of human rights abuses linked to its business operations, especially in the metals and mining sector, a report released on Wednesday found.

Metals and mining drew the most allegations – 236, or 35% of the total. Peru, the world’s second-biggest copper producer, and China’s neighbour Myanmar, a leading supplier of tin and rare earth ore, were named as hotspots.

China, the world’s top metals consumer, does not have enough resources to meet domestic demand and has encouraged companies to secure supply by purchasing assets overseas.

It has also extended its renewable energy reach, with a pledge to build a green Belt and Road infrastructure initiative as it seeks to meet climate goals.

“Over one third of the allegations against Chinese mining businesses overseas were related to prolonged conflicts between large China-backed multinational mining companies and local communities in Latin America and Papua New Guinea (PNG),” the report said.

State-run Chinese firms are involved in producing gold, nickel and cobalt in PNG.

The report cited problems in supply chain due diligence by Chinese firms despite “proactive efforts” from the China Chamber of Commerce of Metals, Minerals and Chemical Importers and Exporters (CCCMC).

Sun Lihui, director of the CCCMC‘s development department, told Reuters many downstream Chinese companies had good human rights policies, but did not always focus their efforts where they were most needed.

“They only attach importance to disciplinary investigations but neglect to give training and guidance to companies in their supply chain,” he said.

After the mining sector, the second-highest number of allegations – 152 – was for the construction sector. They included lost livelihoods linked to a rail project in Laos.

The fossil fuel and renewable energy sectors also drew criticism, with 118 and 87 allegations, respectively, the report said, adding the vast majority of the renewable energy complaints related to hydropower projects.

Across all sectors, Myanmar saw the most allegations of any country with 97.