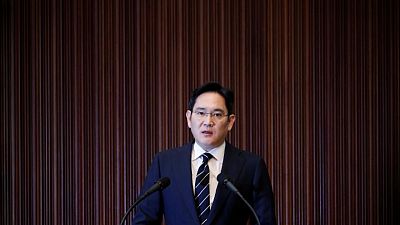 But he still has other serious legal woes.

Following is a summary:

He was indicted in September 2020, accused of unfair transactions and manipulation of market prices under the Capital Markets Act, breach of trust during the course of business, and false disclosure and accounting fraud under the External Audit Act.

Lee has denied the accusations and his lawyers have argued that the merger and its terms fell within the normal scope of business decisions.

The trial, which began in October, has so far focused on the testimony of one witness, a Samsung Securities employee, as well as internal documents and emails.

It is expected to continue until at least late next year due to the complexities of the case and delays in hearings due to the pandemic.

Legal experts say that if Lee is convicted, he may be sent to jail again. In cases such as these, any sentence, including whether it is suspended or not, will depend on the court’s assessment of how much money a defendant has gained, they say.

In late June, the Seoul Central District Court ordered that Lee should stand trial to answer accusations concerning unlawful use of a sedative.

This was at odds with South Korean prosecutors’ plan to seek a 50 million won ($45,000) fine for the alleged unlawful use.

Lee’s counsel has said the medication was not unlawful as it was part of hospital treatment. In March, an independent panel recommended prosecutors cease investigating Lee over this matter.

The first hearing is expected to be held on Aug 19.