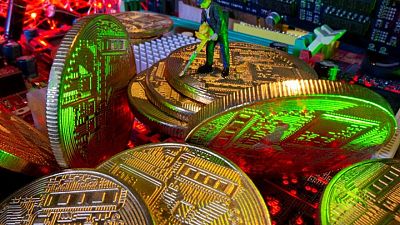 NEWYORK – The U.S. Securities and Exchange Commission said on Monday Poloniex has agreed to pay roughly $10.4 million to settle charges of operating as an unlicensed cryptocurrency exchange.

The U.S. regulator said Poloniex agreed to settle without admitting or denying the charges.

Launched in 2014, Poloniex was acquired in 2018 by Circle, a payments and digital currency firm whose backers include Goldman Sachs Group Inc.

Circle announced last month it plans to go public later this year through a merger with special-purpose acquisition company Concord Acquisition Corp in a deal that would value the crypto firm at $4.5 billion.

The SEC said despite operating its trading platform, Poloniex did not register as a national securities exchange with regulators.

The order came amid a commitment from SEC Commissioner Gary Gensler to better oversee the cryptocurrency sector. Gensler, at a global conference last week, urged Congress to give the agency more authority to police cryptocurrency trading, lending and platforms, which he called a “Wild West” riddled with fraud and investor risk.