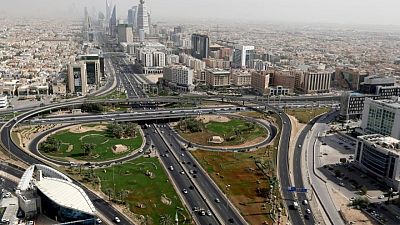 DUBAI – Saudi Arabia’s economy grew for the first time since the coronavirus pandemic in the second quarter fuelled by a 10.1% growth in the non-oil sector, according to flash government estimates on Monday.

The data, which showed the economy growing 1.5% from a year ago, prompted economists to expect faster expansion in the second half of the year with the oil sector benefiting from higher output.

The kingdom’s economy contracted last year due to the twin shock of the COVID-19 pandemic and lower oil prices.

Seasonally-adjusted real gross domestic product grew 1.1% in the second quarter from the first quarter, the General Authority for Statistics in Saudi Arabia said in a statement.

The International Monetary Fund expects Saudi economy to grow by 2.4% this year. James Swanston, an economist at Capital Economics, said it could grow twice as fast with further easing of the pandemic curbs and oil producers’ agreement to boost output.

The oil sector which accounts for about 25% of the economic output expected to exceed $700 billion this year, contracted 7% year-on-year, but grew seasonally-adjusted 2.5% quarter-on-quarter.

OPEC+ ministers agreed last month to boost oil supply from August to cool prices which have climbed to 2-1/2 year highs as the global economy recovers from the pandemic.

The kingdom is trying to boost the non-oil sector through a multi-trillion dollar spending push that will require state companies to cut the dividends they pay the government to boost capital spending.

Crown Prince Mohammed bin Salman, architect of the Saudi Vision 2030 programme, has said the state-backed Public Investment Fund (PIF) will pump at least 150 billion riyals ($40 billion) into the local economy each year through 2025.