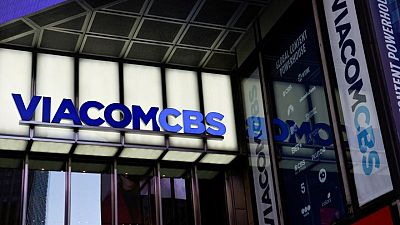 By Eva Mathews and Kenneth Li

-ViacomCBS Inc said on Thursday it signed up the highest number of new streaming subscribers in the second quarter, and struck a multi-year deal with Comcast Corp’s Sky to launch the Paramount+ streaming service in Europe.

Shares of the company were up 5% on Thursday.

Paramount+, along with other streaming services like PlutoTV and Showtime OTT, added 6.5 million new subscribers in the quarter with viewers flocking to these platforms to catch titles like “Infinite”, the new “iCarly” series, “NCIS“ and the UEFA Champions League.

With people now stepping out seeking in-person entertainment and increased pressure on traditional pay-TV services, media companies across the industry are looking to bolster their streaming services to take on giants like Netflix and Walt Disney Co’s Disney+. Bundling services together through commercial partnerships is one option.

As the domestic market saturates, industry leaders are also looking outside the United States for growth. ViacomCBS is looking to expand Paramount+ into 45 markets by the end of 2022, including its launch in Europe through Sky.

ViacomCBS’ streaming advertising revenue doubled during the quarter as live sporting events returned and businesses spent more on ads, with the company posting a 92% jump in overall streaming revenue.

The company, which is betting on live sports to attract subscribers, expects streaming revenue to contribute to 15% of total revenue in 2021, its finance chief Naveen Chopra indicated on the earnings call.

However, overall advertising revenue of ViacomCBS was down about 20% when compared with the same period in pre-pandemic 2019, signaling fast-growing streaming businesses are yet to offset the impact of cord-cutting.

Total revenue of $6.56 billion in the quarter ended June 30 beat analysts’ estimate of $6.48 billion, according to IBES data from Refinitiv.