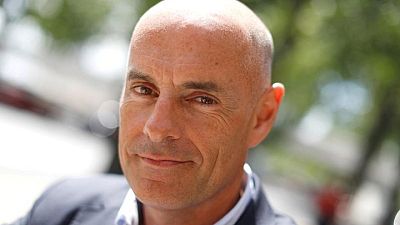 LONDON -British supermarket group Asda said on Friday its chief executive Roger Burnley had stepped down, six months before he had been due to leave and without a successor in place.

In February Asda was bought from U.S. retail group Walmart in a private equity-backed deal that gave it an enterprise value of 6.8 billion pounds ($9.5 billion).

A month later the new owners – brothers Mohsin and Zuber Issa and private equity group TDR Capital – said Burnley would leave the group next year after it had transitioned fully to new ownership and once his long-term successor was in place.

However, Burnley has now left and is effectively on so-called paid “gardening leave”, preventing him taking other work for six months.

“We have mutually agreed with Roger that now is the right time for him to step down from the business following a transition period under our ownership,” a statement from the brothers and TDR said.

It gave no specific reason for his early departure or any financial details.

“A process to recruit Roger’s replacement is ongoing and the shareholders look forward to making a further announcement regarding his long term replacement and some additional appointments,” Asda said.

It is one of the country’s biggest private-sector employers with a staff of 140,000.