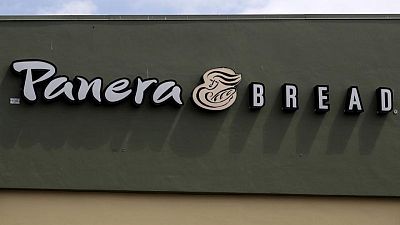 NEWYORK – JAB Holding Co is carving Panera Bread out into a new unit that will also include Caribou Coffee, Einstein Bros Bagels and other brands to help the chains expand as they emerge from the COVID-19 pandemic, Panera Chief Executive Officer Niren Chaudhary told Reuters.

The new group, to be called Panera Brands, combined will have nearly 4,000 locations in 10 countries.

The new structure, which Panera will announce later on Thursday, is the kind of maneuver companies sometimes make ahead of a deal like an initial public offering or sale.

Chaudhary, who will lead the new group while retaining his position at Panera Bread, declined to comment on an IPO or sale but said that “we are always exploring opportunities.”

In June, it spun off its Krispy Kreme Inc doughnut business, which went public at a $2.7 billion valuation.

All the Panera Brand companies “have really strengthened their respective brands, teams and business models through the pandemic,” Chaudhary said in an interview. “We can collectively leverage the runway of growth.”

Each company will remain independent and retain its own chief executive officer, app and loyalty program. But they plan to collaborate on menu and beverage development, data analytics, suppliers and other areas, Chaudhary said.

“We can help propel the brands faster because of this infrastructure we have,” he said.

The group plans to open new cafes and so-called ghost kitchens for delivery only, to open locations in new countries and to explore consumer packaged goods.