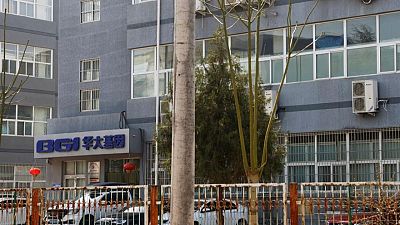 LONDON -China’s largest gene company BGI Group must register its prenatal test with local regulators by Sept. 1 if it wants to keep offering products in Britain, a minister said on Thursday.

A Reuters report found BGI Group developed the tests https://www.reuters.com/investigates/special-report/health-china-bgi-dna in collaboration with China’s military and uses them to collect genetic data from millions of women round the world.

“The MHRA understand BGI genetic screening tests are currently available for sale in the UK. These devices do not appear to have been registered with the MHRA at this time,” Bethell said in a written response to a question on BGI‘s tests from a member of Britain’s upper chamber of parliament.

“However, due to their risk classification, registration will be required from 1 September 2021 in order to continue placing the products on the market.”

Bethell said there had been no specific assessment of BGI‘s tests, but that neither the state-run National Health Service (NHS) nor the Public Health England (PHE) agency used its technology.

The tests have been available in some private clinics in England since at least 2014, however.

“There are no grounds to prevent BGI Groups operating in the UK provided they comply with UK legislation and regulatory requirements,” Bethell added.

In an emailed statement, BGI said it “strictly complies with local laws, guidelines, and protocols, while adhering to internationally recognized ethical and legal standards.”