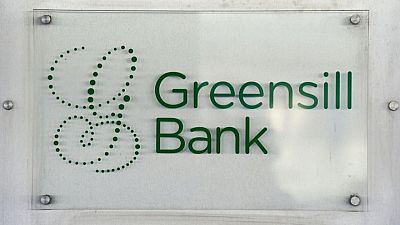 ZURICH -Credit Suisse has repaid another $400 million to investors in its Greensill-linked supply chain finance funds, the Swiss bank said on Friday.

The collapse of the funds in March kicked off a tumultuous period for the bank, culminating with a multi-billion dollar loss related to investment fund Archegos, a raft of executive oustings and an impending strategic overhaul.

The payout, originally announced with the bank’s second-quarter earnings last week, is the fourth distribution so far and takes the total amount returned to the investors to roughly $5.9 billion.

Together with cash that has already been distributed and cash remaining in the funds, the cash position is equivalent to approximately $6.6 billion or 66% of the funds’ assets under management at the time of their suspension, the bank added.

The lender also said on Friday it was paying back money to investors in four separate Credit Suisse funds that were invested in supply chain funds that had illiquid assets.

These assets, hived off into so-called side pockets, are now being liquidated with shareholders receiving a payment pro rata to their holding on August 10. The amounts involved are much smaller than in the main payout.

“Investors will receive notification of these payments. Management fees are waived with immediate effect.”

The bank said it was continuing to liquidate assets as receivables mature but warned investors that they may suffer losses.