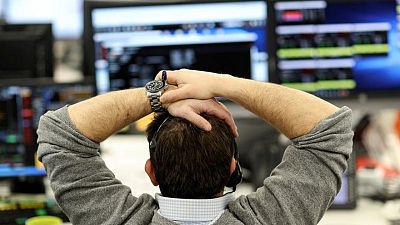 – London’s mid-cap FTSE 250 fell on Friday as mining stocks took a hit from a slide in gold prices, taking the shine off the third straight week of gains for UK stock markets on the back of an upbeat corporate earnings season.

The blue-chip FTSE 100, on the other hand, posted modest gains, boosted by a 5% jump for the London Stock Exchange Group after it reported a higher revenue for the first half of 2021.

“London may still pale in comparison to New York in the scale of new listings, but it is making steady progress in attracting bigger names.”

The FTSE 100 index has bounced nearly 10% this year and, on Friday, posted its best week since June on robust corporate earnings and dovish central bank policies. But a spike in both inflation and COVID-19 cases have raised worries about the economic recovery.

Bank of England Governor Andrew Bailey said on Friday inflation could turn out lower than the central bank predicted in its latest forecasts if production and supply problems caused by the pandemic were fixed rapidly.

Data earlier in the day showed British house prices rose in July after falling in the previous month as demand for bigger homes helped to soften the impact of a reduced tax break for buyers.

The FTSE aero, insurance and energy indices were the best performers on the week, rising between 4.2% and 8.2%.

Outsourcer Capita jumped 11.3% after it said it was on track to deliver organic revenue growth in 2021 as it swung to a first-half profit on strict cost controls and several new contracts. [nL4N2PD1F8]