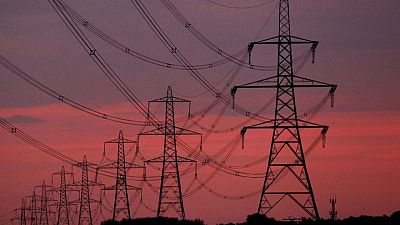 LONDON – Energy prices for millions of Britons are expected to rocket from October after the energy regulator said it would increase its cap on the most widely used tariffs by about 12-13%, due to soaring global gas prices.

A cap on electricity and gas bills came into effect in January 2019 and was aimed at ending what former British Prime Minister Theresa May called “rip-off” prices charged by energy companies.

Ofgem said the rise was driven by a 50% increase in wholesale energy costs over the last six months.

“We can’t ask companies to sell energy for less than it costs them to buy it,” Jonathan Brearley, chief executive of Ofgem said in a briefing with journalists.

Consumer groups warned the rise will come at the worst possible time in the autumn as the furlough scheme, designed to support jobs throughout the coronavirus pandemic ends, and additional aid to the universal credit benefit is removed.

Ofgem said anyone worried about paying their bills should contact their supplier and said customers may be able to save money by shopping around for a new deal.

“This will be no comfort to those now facing the stark choice between heating and eating,” said Simon Francis, co-ordinator of the End Fuel Poverty Coalition.

Ofgem calculates the cap using a formula that includes wholesale gas prices, energy suppliers’ network costs and costs of government policies such as renewable power subsidies. The cap is updated twice a year.

Since the previous cap update announced in February many British wholesale gas contract prices have doubled.

Gas prices have soared globally this year owing to factors including low stock levels, outages at gas plants and gas fields curbing domestic supply and imports from Norway while a buying spree in Asia has led to fewer international deliveries of liquefied natural gas (LNG).

With wholesale energy prices accounting for about 40% of an average dual-fuel (gas and electricity) bill, Ofgem said there was no option but to make a significant increase to the cap.

The price cap was originally due to end in 2023 but the government said last month it would prepare legislation to allow it to continue beyond this date.

Brearley said he would welcome an extension.

“Despite the fact we are increasing the price cap today we do know it is taking away some of the profits we saw in the market previously,” he said.