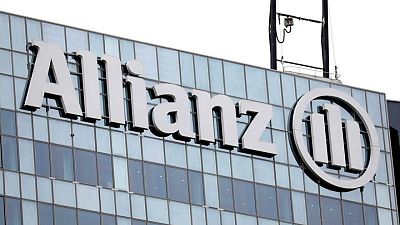 FRANKFURT -Oliver Baete, chief executive officer of Germany’s Allianz, on Friday spoke of a “horrible week” for him and the insurer, his first response to a disclosure that the U.S. Department of Justice was investigating losses at its fund division.

Baete, making an unexpected appearance to reporters in a call after the company’s second-quarter earnings, said the insurer would set aside possible reserves for the case when the time is appropriate and conceded “not everything was perfect in the fund management”.

The issue, disclosed by Allianz on Sunday and which overshadowed better-than-expected earnings on Friday, is a blow to the reputation of one of Germany’s most valuable companies and its global operations that in recent years have stayed out of the headlines.

“It was a horrible week for us and for me personally,” he said.

In March last year, Allianz shuttered two private hedge funds after severe losses during the market mayhem sparked by the outbreak of the coronavirus pandemic.

That prompted a wave of litigation by U.S. investors claiming around $6 billion in losses from the so-called Structured Alpha family of funds.

The investors, which include pension funds for truckers, teachers and subway workers, say that the fund division, Allianz Global Investors, strayed from a strategy of using options to protect against a short-term financial market crash.

Last year, Allianz revealed that the U.S. Securities and Exchange Commission was also investigating. It says it is actively cooperating with both bodies and defending itself in the lawsuits.

“This event will leave its mark, but it will not change Allianz’s path,” Baete said.

Baete said he regretted that investors lost money. Shares fell sharply on Monday after Sunday’s disclosure. They were up 3.3% midday in Frankfurt on Friday.

Allianz, which has reviewed more than 1 million emails and documents as part of its forensic investigation into the matter, also revealed on Friday that the DOJ had requested information from current and former U.S. employees at the fund management division.

The DOJ has declined to comment on the matter.

Allianz posted a better-than-expected 46% jump in second-quarter net profit and provided a rosier outlook for the full year as it emerges from pressure on business caused by the coronavirus pandemic.

Net profit attributable to shareholders of 2.225 billion euros ($2.60 billion) in the three months through June compares with 1.528 billion euros a year earlier. The figure beat a 2.055 billion euro consensus forecast.

More optimistic about the outlook for this year, the company said it now expects operating profit in 2021 to be in the upper half of a range of between 11 billion and 13 billion euros.

Last year, the insurer abandoned its profit target due to economic uncertainty resulting from the pandemic and posted its first decline in operating profit in nearly a decade.

Allianz, like other insurers, had faced clients making claims for business interruption and cancelled events from lockdowns, while demand for car and travel insurance fell.

In another sign of a return to normal times for the insurance group, Allianz announced on Thursday plans to buy back up to 750 million euros worth of shares by the end of the year, after last year cancelling a buyback halfway through due to the pandemic.