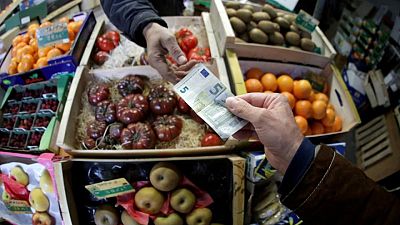 BRUSSELS – Euro zone retail sales rose roughly in line with expectations in June though less steeply than in May, when consumers flocked back to shops after coronavirus restrictions were eased.

The European Union’s statistics office Eurostat said on Wednesday that retail sales in the 19 countries sharing the euro rose 1.5% month-on-month in June and were 5.0% higher than a year earlier.

Economists polled by Reuters had expected a 1.7% monthly rise and forecast a 4.5% year-on-year increase.

The monthly increase was not uniform. Sales rose steepest in Ireland, Germany and Latvia, partly reflecting the timing lockdowns were lifted, but were down in June in Malta, Austria, Portugal and in the Benelux countries.

June marked a second consecutive monthly increase after May’s 4.1% surge, albeit that represented a downward revision from the initial estimate of 4.6%.

Eurostat said sales of non-food products, excluding fuel for cars, increased in June by 3.4% on the month and were 6.5% higher from a year earlier.

Sales of automotive fuel were 3.8% higher on the month and

Online purchases and sales of food, drink and tobacco, which were strong during the pandemic, both declined in June from May.