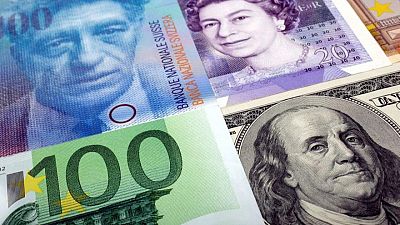 LONDON – Sterling steadied around $1.39 against the dollar on Wednesday, buoyed by risk sentiment in markets, optimism over the outlook for COVID-19 in Britain and some anticipation of a hawkish turn from the Bank of England when it meets on Thursday.

Britain’s pound has rebounded after most lockdown measures in England were dropped on July 19, reaching $1.3984 at the end of the month. Since then it has stayed mostly above $1.39.

“We think UK assets have the potential to be first in, first out when it comes to pricing in Delta variant risks; with the rest of the world now grappling with containing the new strain of the virus, falling new cases and hospitalisations in the UK are a welcome boost to cyclical UK assets,” Viraj Patel, Fx and global macro strategist at Vanda Research, said.

The focus is also on the BoE, with the central bank expected to maintain its nearly 900 billion pound ($1.25 trillion) bond-buying programme, although two policymakers have broken ranks to suggest that the time for tighter monetary policy might be nearing.

The BoE is expected to be among the first of the world’s main central banks to begin the process of stopping stimulus support.

“On top of a potential hawkish message from the BoE this week, we therefore think that UK gilt yields and GBP have the potential to move higher in the near-term,” Patel said.

Overnight implied volatility on the pound increased by 2 points, indicating that traders are bracing for potential swings in the currency around the central bank meeting.

Other analysts differed in their views on whether the BoE may signal a shift in its monetary policy stance.

“We think meaningful BoE shifts will wait until after unemployment support via the furlough scheme is over so the Bank can get a cleaner read on the labour market,” CitiFX analyst Adam Pickett said in a note to clients.

“Hint on liftoff contingencies in the minutes and risks around an updated QT strategy also leave hawkish risks. Net-net we don’t think we see enough to move GBP this week.”