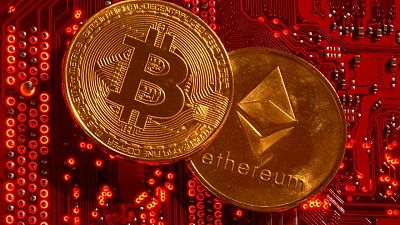 As a more recent token, ether has further to run than bitcoin, Morehead told the Reuters Global Markets Forum on Monday, adding that the latest Ethereum Improvement Proposal (EIP) 1559 upgrade will help it trade more like a fixed asset.

“You’ll see a transition of people who want to store wealth, doing it in (ether) rather than just bitcoin,” he added.

Scheduled to go live Wednesday, EIP 1559 significantly changes how transactions are processed on the Ethereum blockchain as well as reduces supply of the ether token.

The blockchain’s use in decentralised finance (DeFi) applications will also support prices, he added.

Ether’s market capitalisation was around $306 billion on Monday, less than half of bitcoin’s $737 billion, according to tracker CoinGecko.com.

Despite recent volatility that left bitcoin 40% below its April all-time high of $64,895, Morehead said Pantera Capital’s funds have attracted institutional investors who are less “momentum”-oriented than retail investors, and see current prices as a buying opportunity.

He also sees increased regulatory scrutiny, such as a global crackdown on cryptocurrency exchange Binance, as a “transition” phase.

Pantera, which manages $2.8 billion in blockchain-related assets, has invested in several crypto exchanges including Bitstamp, Coinbase,, and regional exchanges such as Mexico-based Bitso.