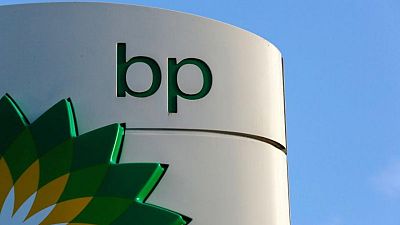 LONDON – BP boosted its dividend and share buybacks on Tuesday, sending its shares up by over 5%, after beating expectations with a $2.8 billion second-quarter profit powered by higher oil prices and recovering demand.

The strong results, underpinned by higher sales at petrol stations, went some way towards easing investors’ concerns over BP’s plan to shift away from oil and gas to renewable and low-carbon energy to combat climate change.

The 4% dividend increase coupled with a $1.4 billion share repurchase over the next three months drove BP shares 5.6% higher by 1130 GMT, exceeding peers Royal Dutch Shell and TotalEnergies, which were up by over 2%.

BP, which plans to reduce its oil output by 40% or 1 million barrels per day by 2030, generated surplus cash of $2.4 billion in the first half of the year.

“Investors must now weigh up whether that return offers more than compensation for the risks associated with owning BP’s stock, as the company tries to maximise the value of its existing hydrocarbon assets… while investing in renewables,” Mould said.

Rivals, including Shell, TotalEnergies and Chevron, also boosted shareholder returns last week, reflecting a recovery from the impact of the pandemic on energy demand.

The company is repurchasing shares after in April announcing a $500 million buyback plan to offset dilution from an employee share distribution programme.

Chief Executive Bernard Looney said stronger performance and an improving outlook would allow the company to press ahead with a shift to cleaner energy.

“The strengthening of the balance sheet and the excess cash flow allow us to prosecute our agenda around the energy transition,” Looney told Reuters.

BP expects global oil demand to recover to pre-pandemic levels in the second half of 2022.

Its underlying replacement cost profit, the company’s definition of net earnings, reached $2.8 billion in the second quarter, beating the $2.15 billion expected by analysts.

That was up from $2.63 billion in the first quarter and marked a rebound from a loss of $6.68 billion a year earlier.

The results were also buoyed by stronger demand for fuel, including aviation fuel, and higher profit margins at convenience stores in BP’s petrol stations, it said.

BP said it has increased its price forecast for benchmark Brent crude oil to 2030 to reflect expected supply constraints, while also lowering its longer-term price forecast because it expects an acceleration in the transition to renewable energy.

As a result, the company increased the pre-tax value of its assets by $3 billion, following writedowns of more than $17 billion last year.

The company said at an oil price of $60 a barrel, it expects to be able to buy $1 billion in shares and boost its dividend by 4% annually through 2025.

Brent oil prices rose in the second quarter to an average of $69 a barrel from $61 in the previous quarter and from $29.56 a year earlier.