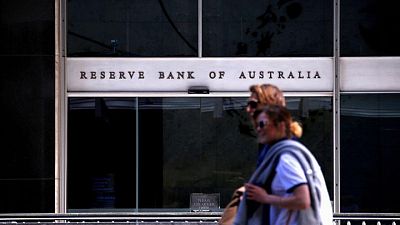 SYDNEY – Australia’s central bank surprised markets on Tuesday by standing its ground on a decision to taper its bond buying programme from September even as a fast-spreading Delta variant wrecks havoc in the economy.

The Reserve Bank of Australia (RBA) kept its cash rate at 0.1% for its eighth straight meeting, in a widely expected move. It reiterated interest rates will not be raised until inflation was sustainably within its 2-3% target band, a goal unlikely to be met before 2024.

The RBA also affirmed its decision made in July to trim its purchases of government bonds to A$4 billion a week from September from the current weekly pace of A$5 billion, surprising markets betting on higher or steady purchases.

In a short post-meeting statement RBA Governor Philip Lowe struck an upbeat note about Australia’s economy, which recovered from a pandemic-induced recession of 2020 much stronger than expected.

“The recent outbreaks of the virus are, however, interrupting the recovery and GDP is expected to decline in the September quarter,” Lowe said.

The highly transmissible Delta variant of the coronavirus has taken hold in Sydney with close to 4,000 infections since mid-June despite weeks of lockdown.

“The experience to date has been that once virus outbreaks are contained, the economy bounces back quickly,” Lowe said.

He noted the economy was benefiting from “significant” policy support, adding the ongoing COVID-19 immunisation plan will also assist with the recovery.

The RBA still does not expect a remarkable pick-up in wages growth and inflation, which means the cash rate will remain at record lows for a long time to come.