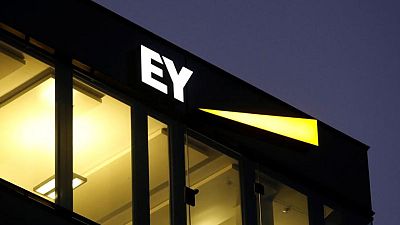 Ernst & Young, partner James Herring and former partners James Young and Curt Fochtmann interfered with a public company’s selection of an auditor threatening their ability to remain objective and impartial as auditors, the SEC said.

The agency brought related charges against William Stiehl, previously chief accounting officer at the company which the SEC did not name, for his misconduct in the selection process, known as a request for proposal process.

None of the defendants admitted or denied the SEC‘s findings, which concerned alleged wrongdoing in 2014 and 2015.

“EY is committed to competing fairly for new business and on the basis of our qualifications and merits,” and has improved training and monitoring to ensure compliance with its request for proposal policies, the company said in a statement.

Lawyers for the other defendants did not immediately respond to requests for comment.

Sealed Air Corp, where Stiehl had been chief financial officer, said in 2019 it terminated his employment. A company spokesperson did not immediately respond to a call for comment.

“Auditor independence is not merely an obstacle to overcome, it is the bedrock foundation that supports the integrity, transparency, and reliability of financial reporting,” SEC official Charles Cain said in a statement.