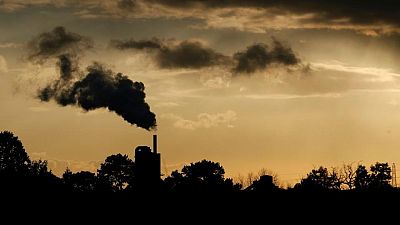 LONDON – Britain’s factories reported a further slowing of growth in July – although it was still one of the fastest paces on record – as they struggled with staff shortages and supply chain problems caused by the COVID-19 pandemic, a survey showed on Monday.

The IHS Markit/CIPS UK Manufacturing Purchasing Managers’ Index (PMI) dipped to 60.4 from June’s 63.9. The July reading was unchanged from a preliminary “flash” figure.

The index peaked at an all-time high of 65.6 in May as the sector – which accounts for about 10% of British economic output – rode a wave of demand the coronavirus lockdowns were lifted.

Growth in output and new work eased to four-month lows in July and some firms reported clients brought forward purchases to guard against supply-chain issues.

Seventy-two percent of manufacturers reported higher costs for a wide range of inputs such as chemicals, commodities, cardboard, electronics, foodstuffs, metals, packaging and timber, with Brexit causing problems alongside the pandemic.

In response, factories increased their prices by almost as much as June’s record jump.

“Amid growing indications that many supply chain disruptions and raw material shortages are unlikely to be fully resolved until 2022, the outlook remains one of constrained growth combined with high inflation for the foreseeable future,” Rob Dobson, a director at IHS Markit, said.

The Bank of England looks set to raise its forecasts for inflation on Thursday, at the end of its August meeting.

But most of its policymakers are expected to stick to their view that the rise in prices is largely transitory, meaning no curtailment of the BoE’s pandemic emergency stimulus programme.

The PMI survey showed British manufacturing firms in July remained optimistic about the outlook with 63% forecasting output would rise over the coming year.

Final PMIs for the services and construction sectors are due to be published on Wednesday and Thursday.

The manufacturing survey was conducted between July 12 and July 27.