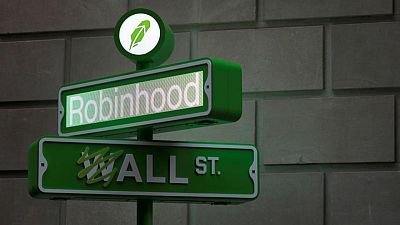 – Rick Ornelas got into Robinhood Markets Inc’s initial public offering (IPO) every way he could.

As a user of the trading app, the Houston-based author of life-coaching books applied for and received 50 Robinhood shares in its IPO. When the shares traded down more than 10% in their debut on Thursday, he doubled down by acquiring 75 more shares through Fidelity Investments, where he holds his main trading account.

“I know IPO shares can be volatile, but I just don’t want to miss the opportunity in case this pops. I believe in the company’s long-term valuation,” Ornelas said.

More than a fifth of Robinhood’s $2.1 billion IPO was snapped up by the app’s users such as Ornelas. Some put on a brave face after Robinhood shares ended their first day of trading down 8.4%, valuing the company at $29 billion.

Many of the retail investors who drove the Robinhood app’s meteoric rise did not come through for its IPO, however. They cited concerns over its frothy valuation, the risk of regulators cracking down on Robinhood’s business, and lingering anger with the company’s imposition of trading curbs when the ‘meme’ stock trading frenzy flared in January. [L1N2P405G]

Mike Reed, one of the Robinhood customers who participated in the IPO, said he was staying the course. He bought 26 shares at the IPO price of $38 and placed an order to sell them once the share price hits $72. The shares closed at $34.82 on Thursday instead.

“I was hoping it would end up in a little more positive territory,” said Reed, who works for a cybersecurity firm in Austin, Texas.

A Robinhood spokesperson declined to respond to a request for comment.

Many IPOs benefit from excluding retail investors, who end up fueling a first-day trading pop by snapping up shares in the open market. By letting many retail investors under the IPO tent, Robinhood made big gains less likely for investors on the first day. Also weighing on the shares was Robinhood’s modification of the traditional six-month IPO lock-up that allowed insiders to sell 15% of their shares straight away.

Some investors drew similarities with the IPO of Facebook Inc in 2012. That IPO was also offered at $38 per share and a quarter of it was snapped up by retail investors. The stock plunged on its second day of trading and took more than a year to get back up to its IPO price. It handsomely rewarded the investors who stuck with it – Facebook is now worth more than nine times its IPO price.

Benhamish Allen, a 42-year-old teacher from California, said he borrowed to invest in Robinhood shares, a risky practice known as investing on margin that can amplify losses as well as profits, based on how a stock performs. He said he would stick with Robinhood’s shares for now.

“I never sell stocks when they’re lower than what I bought them for,” Allen said.