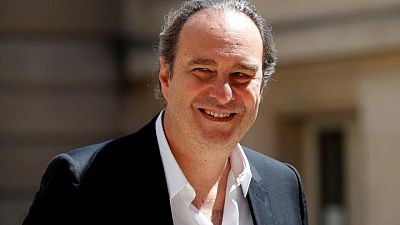 PARIS -French tycoon Xavier Niel, the founder and controlling shareholder of telecoms firm Iliad, is making a 3.1 billion-euro offer ($3.7 billion) to buy the remaining shares in the company and take it private.

“The first one is the high volatility of the telecoms stock market in general and of Iliad share price in particular,” he said.

“(The second one) is the discrepancy between Xavier’s views and the stock market’s views regarding the value creation potential,” he added, citing Iliad’s recent decision to step up investments in its 5G networks.

Rumours have circulated since 2018 that Niel could take Iliad private as the company, which shook up France’s mobile sector with its low-cost offers, had a very volatile stock performance.

Niel’s decision to transfer most of its shares to a single “HoldCo” vehicle at the time also fueled speculation among analysts and investors about a possible take-private offer.

The influential businessman, who currently owns 71% of Iliad, has a myriad of separate personal investments in overseas telecoms firms, media and startups.

Iliad, whose rivals in France are Orange, Bouygues Telecom and SFR, has recently expanded its activities in Poland and Italy.

It said an increase in capital expenditure in France had offset lower losses at its Italian business.

Its Italian division also posted for the first time positive core operating profits over the first six months of the year. ($1 = 0.8410 euros)