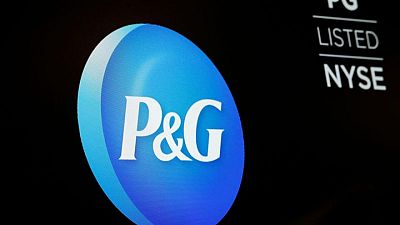 -Procter & Gamble Co expects higher core earnings this year despite warning of a nearly $2 billion hit from rising commodity and transportation expenses, relying on price increases and cost cuts to cushion the hit to its margins.

Shares of the company, which also named a new CEO on Thursday, rose 2.7% to $143.28 after it reported fourth-quarter results that beat estimates.

Higher freight and commodity costs for everything from palm oil to plastics due to pandemic-led disruptions have forced many consumer goods firms to raise prices, including P&G, which hiked prices in emerging markets and on products such as Pampers diapers in the U.S. earlier this year.

P&G still faced significant input costs across most of its commodity basket, with pulp, resin and polypropylene being some of the top drivers, CFO Andre Schulten said on Friday.

The company also expects a $100 million higher transportation bill this year, mainly in the United States, where a driver shortage is causing disruptions, Schulten added.

Unilever and Reckitt Benckiser Group are some of the other major consumer goods companies to warn of soaring costs squeezing profits this year.

Consumer spending in the United States rose more than expected in June, partly due to higher prices, with annual inflation accelerating further above the Federal Reserve’s 2% target.

P&G expects a roughly $1.9 billion after-tax hit from input costs this year, which it plans to offset through an increase in sales, cost cuts across the company and further price hikes.

On Thursday, the company said David Taylor would be stepping down as chief executive officer in November, handing over the reins to company veteran Jon Moeller.

Moeller, the company’s current chief operating officer, said on Friday that he currently does not expect any major strategy changes after taking over.

The company expects full-year net sales to rise 2% to 4%.