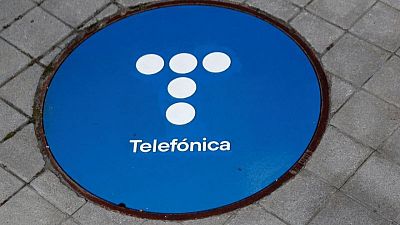 Britain’s low fibre penetration – around 20% compared to 80% of premises in Spain – as well as its favourable regulatory scheme means that “the time to act is now”, Telefonica Chief Operating Officer Angel Vila told investors on Thursday.

“Upgrading the network would very moderately increase network costs, no additional funding would be needed,” Vila said. “It would cost around 100 pounds per premise to upgrade and is an opportunity to utilise our fibre expertise.”

Telefonica reported a second quarter net profit of 7.74 billion euros ($9.2 billion), buoyed by the sale of its Telxius tower unit and the UK tie-up of O2 and Virgin Media and strong results from its Brazilian and German businesses.

The mobile and broadband operator said it now expects revenue and core profit to be “stable” or “slight growth” in 2021 after forecasting a “stabilisation” three months ago.

The company posted core earnings of 13.47 billion euros in the quarter, four times more than a year ago. Including the effect of impairments, investment costs, interest payments and currency fluctuations, revenues were down 3.6% as the company continues to struggle with intense competition in Spain and high costs.

Like European rivals, Telefonica has been facing growth issues aside from the impact of the pandemic and has been selling assets to cut debt and fund an upgrade to next-generation 5G networks.

Its Spanish revenue declined slightly although at a slower rate than in the first quarter, while its core earnings came in 2.4% lower than the company’s own consensus. Goldman Sachs analysts highlighted its “less favourable geographic exposure and scope for worsening competition in core markets”.

Telefonica’s net financial debt shrank by around 30% to 26.2 billion euros.