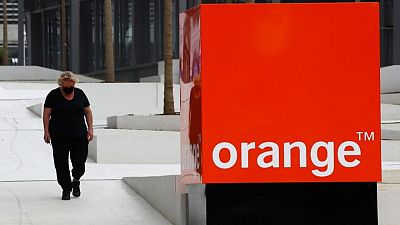 PARIS -Orange, France’s biggest telecom firm, on Thursday announced a 3.7 billion-euro ($4.4 billion) impairment on the value of its Spanish activities, reflecting competition that has hurt sales and profits in its second-largest market.

Spain has been a headache for Orange over the last few quarters, prompting it to oust its local boss and lay off 485 people in the country, where the company heavily invested to rollout the super-fast broadband fibre technology.

Spanish rival Telefonica, which also reported earnings on Thursday, raised its outlook for the full year after posting a record net income. But quarterly core operating profits in Spain fell 4.4%.

The potential acquisition of Euskaltel by fellow Spanish operator Masmovil could ease some of the competition by cutting the number of telecoms operators to five from six. The deal hasn’t yet been finalised, however.

Orange now sees a return to growth in profits in Spain in 2023. Its shares were down 2.4% in early Paris trading.

The Spanish problems overshadowed a forecast-beating 14% increase in second-quarter sales at Orange’s businesses in Africa and the Middle East.

But the lucrative co-investment deals the company signed with French rivals to help it deploy mobile and broadband networks generated lower revenue than expected.

That was just ahead of analysts’ average forecast of 3.26 billion euros in a company-compiled poll. Quarterly revenue rose 2.6% to 10.6 billion euros, beating expectations,

Orange confirmed its full-year targets, including for a slight decline in core operating profit and an underlying cash flow from telecom activities of over 2.2 billion euros.