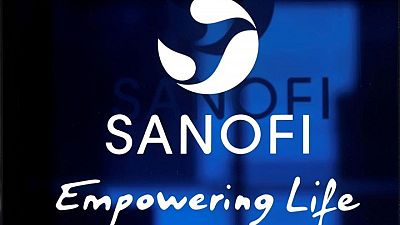 The French drugmaker said it was now targeting earnings per share growth of around 12% at constant exchange rates this year, up from “high single digit” percentage growth previously.

Sanofi, which shocked investors last year with a delay to a COVID-19 vaccine it is developing with Britain’s GlaxoSmithKline, reiterated its confidence in the shot, which it hopes will secure regulatory approval by the end of the year.

Europe’s drug regulator said last week it had started a real-time review of the vaccine.

If approved, Sanofi’s shot will come long after ones from Pfizer/BioNTech, and Moderna, which have produced efficacy results of more than 90%.

But the French company believes its vaccine could play a significant role in tackling the pandemic, as many parts of the world still have a pressing need for doses.

In countries already rolling out mass vaccinations, Sanofi also sees a potential role for the shot as a booster, as many regulators contemplate recommending a third dose to extend protection.

So far, Sanofi has purchasing agreements with the United States, the European Union, Britain and Canada, as well as with the World Health Organization-backed COVAX facility.

The company has also pledged to help other COVID-19 vaccine makers this year, striking “fill and finish” deals for shots made by Pfizer/BioNTech, Moderna and Johnson & Johnson.

Sales of Dupixent, which is sold to patients with eczema but also prescribed for other conditions such as asthma, jumped 57% to 1.24 billion euros ($1.47 billion).

Revenue at the vaccines unit was up 16.2% to 1 billion euros, helped by stronger demand for booster and meningitis shots.

Overall, Sanofi’s sales rose 12.4% in the second quarter to 8.74 billion euros, while business net income – a figure the company uses as its core metric to measure profits – was up 16.8% to 1.73 billion euros.

Analysts polled by Refinitiv had on average been expecting sales of 8.5 billion euros and net income of 1 billion euros.